SIMPLY CLICK ON THE COVERS FOR AN INSTANT LINK TO AMAZON 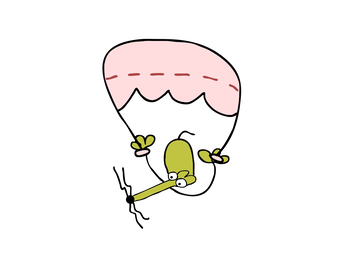 Louis escapes first
Louis the Furred is a mouse and is 3rd in line to the throne of Jerboa.

This is the story of how a group of five, young, immature mice lived the life of freedom in the secret tunnels underneath London. Our leader Louis was our saviour and to this day our lives are in his paws as we try, sometimes desperately, to seek the answer to the meaning of life, in Louis’ World...

The adventures begin when we escaped our sawdust prison, Louis led the way by using tissues as parachutes, we believed in him, we followed his lead...

Louis told us our new world was a warm place and that we would have free access underneath London through its hidden tunnels. He said we would have to be careful for, although we would be free, many dangers lurked in the darkest places.

Louis wanted to explore the towns above these tunnels. There was a tunnel under our shop that he was sure existed; a black, dirty tunnel with an imaginary ghost who assisted with navigation.
​
Louis' primary goal, though, was to find the Dark Energy. It is written in the Sacred Scrolls of Jerboa that this energy holds answers and that the solutions would unlock the doors to many puzzling questions and legendary pathways. But before he could even think of answering life’s ultimate question, that being, why are we here? He needed to find the ONE who was described in the Sacred Scrolls as not from this world.

Volume I: the Days of Reckoning speaks for itself, this was the beginning, We met friendly rats and nasty hamsters. Eon got lost a lot and Jim was becoming more and more annoying. The weirdest thing was meeting the Ssssylvia, a magical presence that spoke in riddles.
​
Volumes II & III become more complex with mouse & hamster code breaking required
(the solutions available at the start of these books).

Notes:
Louis the Furred Trilogy (three books) are filled with black and white illustrations
A Special Edition version incorporates all three books in one, without illustrations
Due to the complexity of the trilogy the reading age range needs to be 10+